My school, Upper Arlington, has won over 100 state titles.  In basketball, we only have one. It happens to be our school’s first state championship back in 1937.  This year, we had 8 players on our team who grew up and lived within a mile of each other.  Most of us had been playing together since 3rd grade.  We were always good, from all the way back then. It carried through to middle school, where we only lost two games in two years. And most of us were still playing as this year unfolded. Were we destined to win this year?  The amount of time and effort we put in.  The obstacles we had to overcome.  26 victories in a row. March 22, 2014, the state title game at the Schottenstein Center on Ohio State’s campus. Up 3 over St. Ed’s with 4.7 seconds to go. Then they hit a miracle shot to tie. At the buzzer. Forced overtime and beat us. So, so close. My goal had been to make it to the State Final Four.  I had missed the entire recruiting season during my summer heading into senior year due to my hip injury and I knew the only way for me to get back on somebody’s radar and to get people to see me was to make it to states.  We did.  My team, and I  personally, achieved more than anyone thought we would.  Those of us who played felt differently,  though.  We knew from a young age that we could compete with anybody, and it showed this year.  We battled and fought, and won and won and won, until the end. We just ended up one shot short.  It wasn’t meant to be.  I didn’t cry after that game.  I knew I had done everything in my power to get to that spot.  From where I was almost a year ago, not being able to walk after hip surgery or even shoot because of my thumb surgery,  to where I was  that game, well,  I knew I had done something special.  My tears came later from the thought that I wouldn’t play another game with the people I had grown up with.  We were a team that faced adversity and overcame it.  That shot will always haunt us but we’ll know there is nothing to be ashamed of in how we lost.  I guess we should have fouled before they could shoot, to put them on the free throw line.  We left the game up to fate.  In the end the ball went in and we lost in overtime.  But, you know, we all left it all on the floor, and that’s what I’m proud of. We were a great team. The scoreboard can’t change that. 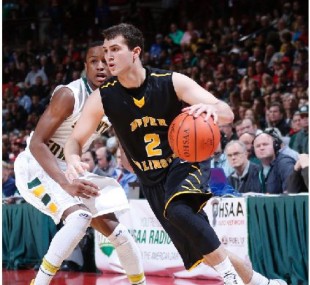 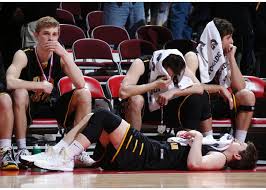